On a warm Saturday morning, about 20 people gathered at the Beverly Heritage Center for a workshop on cleaning and repairing grave markers. Rebekah Karelis, a historian with the Wheeling National Heritage Area Corporation, brought her skills and experience from her work in the Ohio Valley to the Tygart Valley to educate individuals on best practices on cleaning and repairing grave markers.

After a short presentation at the Beverly Heritage Center on her work restoring the Mt. Wood Cemetery in Wheeling—the cities oldest cemetery—the group headed down the street to the Beverly Cemetery for some hands on learning.

Rebekah first became involved in cemetery restoration because she saw a need within the Wheeling community for someone to take on the project at Mt. Wood. A native of Mineral County, Rebekah is trained as a public historian and has an extensive training in historic preservation. She sees her work as way to show respect for the past and help others learn the best practices for cleaning and restoration of the graves. She sees this as a need that people have.

“When we do a workshop on other topics four or five people come, but when we do these workshops 15 or 20 people will show up and they’re new people each time. Everyone has a cemetery in their family that no takes care of and we have the knowledge to share on how to property take care of them.”

This workshop was her first outside of Wheeling and was well received.

Bruce Ridlen, who came to attend the workshop from Alexandria, Virginia sees working to maintain and repair graves as the right thing to do.

The Oldest Public Cemetery West of the Alleghenies

Once at the cemetery Karl Mulac, a local historian, provided a history of the cemetery. The earliest known burials in the cemetery occurred in 1768 and the cemetery became a public cemetery in 1795. A walk through the cemetery with Karl revealed a snapshot of funerary practices across the centuries. 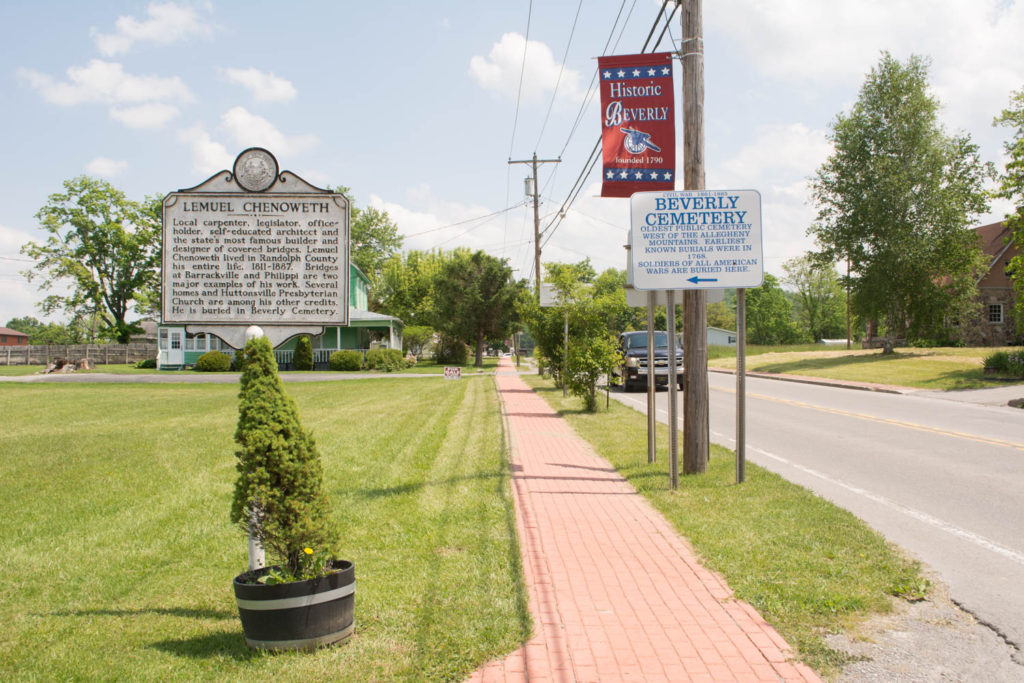 The Beverly Cemetery holds a lot of history. Photo by Andrew Carroll.

Many early markers did not survive because they were made of fieldstone and wood. Burial practices at the time were simple; often stones were used to mark the head and foot of the body. This was done because there was a lack of resources and for safety due to conflict in the area with Native Americans.

As prosperity came to the region due to the Parkersburg-Staunton Turnpike, grave-marking practices changed and by the 1850s grave marking became more popular and commercialized. Local craftsmen crafted more ornate and detailed grave markers. However, the Civil War changed things. After the war, grave markers used by a majority of people were of lesser quality and are often in poor condition today.

Examples of all this can be seen in a short walk through the cemetery. It’s also worth mentioning that Beverly Cemetery is the final resting spot for veterans of every war and notable architect and bridge builder Lemuel Chenoweth.

An Eye to the Future

Best practices for cleaning and repairing of grave makers must have “an eye to the future” according to standards developed by the National Park Service National Center for Preservation Technology and Training.

The process for cleaning the grave markers is labor intensive. First the stones are sprayed with water and plastic scrapers are used to remove as much organic material as possible. Then D/2 Biological Solution is used to kill the organic material and prevent future growth on the stone. Then the stone is washed and scraped again. 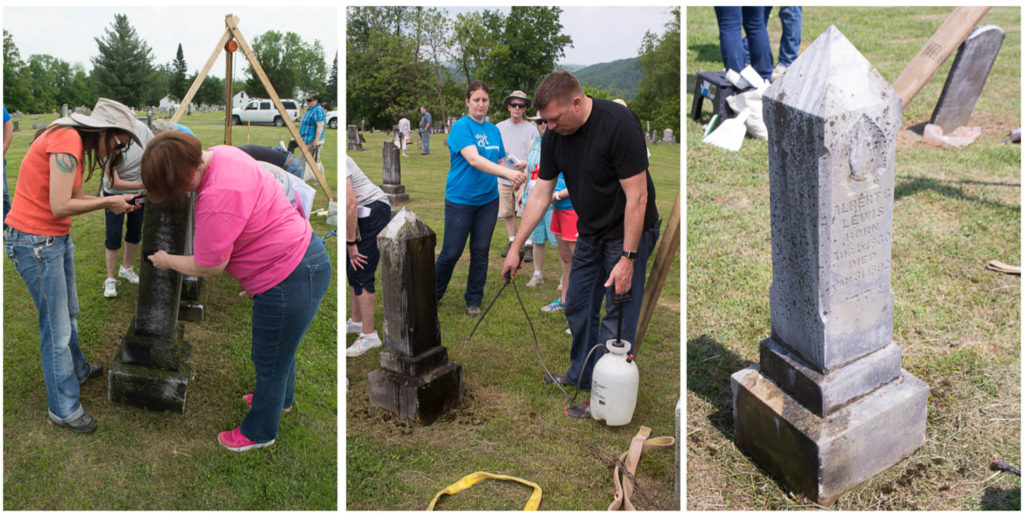 Major progress was made in cleaning these grave markers. Photos by Andrew Carroll.

It makes a big difference. Rebecca says that the exciting part is that the stones continue to look better with time as the solution and rain continue to work.

Repairing grave markers is a much more complicated task. Today, the group worked to repair a marker that had fallen over. First the marker was separated into its component pieces. Old cement from a prior repair was removed and the stones were cleaned. While the cleaning was happening, the larger foundational stone was moved with a tripod so that the ground could be leveled for the stone.

A previous layer of fill below the stone was removed and gravel was placed under the stone provide it with a level base to sit on. Then the pieces of the stone were placed back together using modern materials such as Set-Rite Setting Compound. 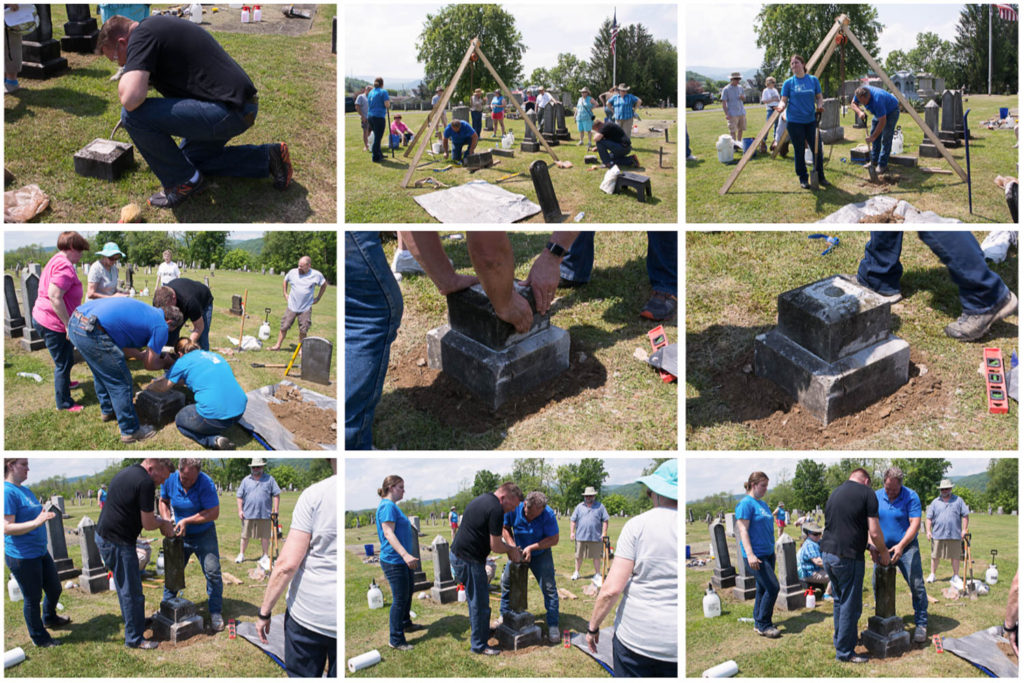 The group reassembled and leveled a grave marker that had fallen over. Photos by Andrew Carroll.

The Beverly Heritage Center is hopeful that by helping folks gain the knowledge to take care of grave markers will help fuel future restoration and work in the region. They plan to hold future workdays in the cemetery and get more people involved in preserving the regions rich history.