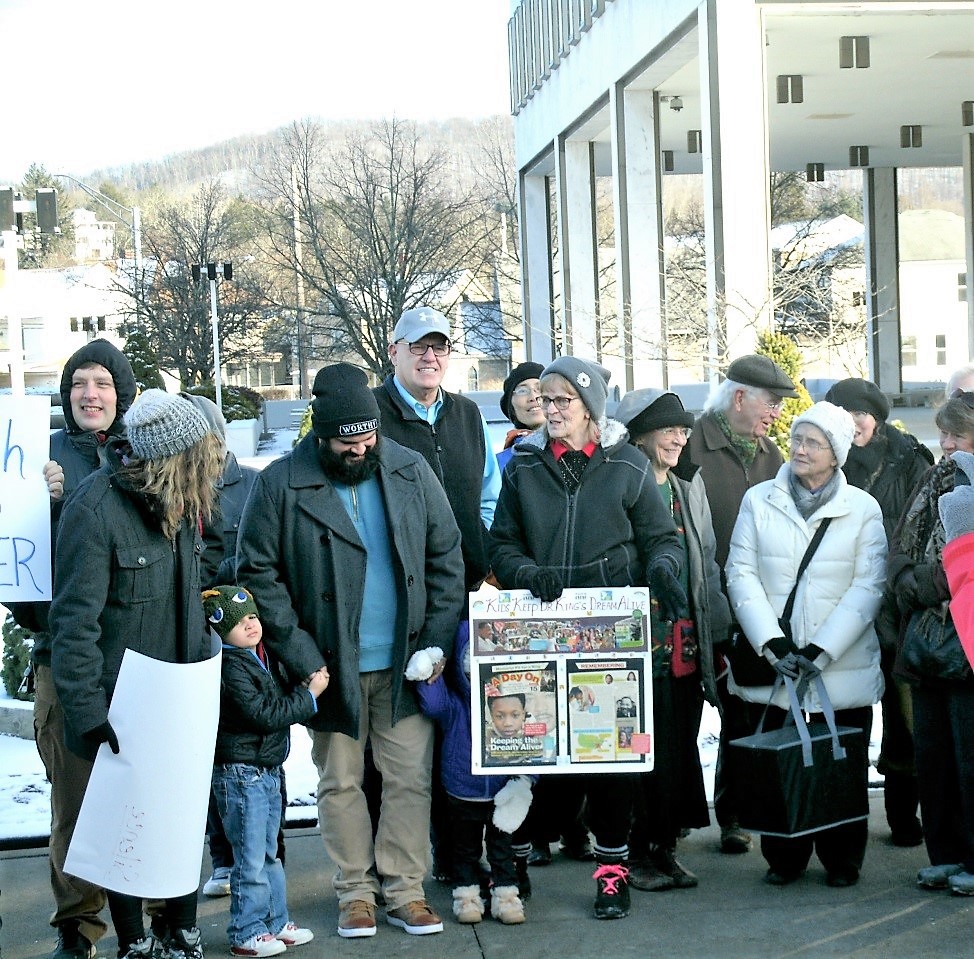 For twenty years the members of the Cultural Awareness and Enrichment Group (CAEG) in Elkins, West Virginia have worked to educate Randolph County community members about diversity issues. The group continues to sponsor the Annual Martin Luther King Jr. Day celebration and marked its 20th anniversary planning the event January 14th of 2018.

It was just after this anniversary that I sat down with the founding members of the group to talk about the celebration and the current state of our community’s cultural awareness. The members shared how the group was formed as a grassroots effort to support a multi-racial, multicultural, diverse community that is free of racism and bigotry. At the time of the formation of CAEG, surrounding counties harbored hate groups like “The National Alliance” that were putting on rallies and publishing hate documents. It was an unsettling time for the community and people were naturally drawn together to stand against the spread of hate propaganda. It was after a Martin Luther King Jr. celebration in 1998 organized by Catherine Fygan and Ann Kingsolver at Davis and Elkins College that the group formed.

The group brought attention to local issues like acts of racism in the Elkins area and attention to the Riverside School Association, the group who worked to preserve the African American regional high school. They held meetings every two months and brought guest speakers to meetings like Paul Sheridan, Former Deputy Attorney General for the Civil Rights Division of the West Virginia Attorney General’s Office, to talk about the “Not in Our Town” program, Jerry Dale spoke about the white supremacist group “The National Alliance”, and Karla Schantiger from Women’s Aide in Crisis spoke about domestic abuse.

In late 1999 CAEG heard that a local group of Ku Klux Klan members were planning a rally at the Harrison County Courthouse. The members of CAEG banded together to attend a counter-rally the same day. The “Let’s Get Real Rally” countered the KKK members in downtown Clarksburg and in a peaceful, yet strong way made it clear that the community was not going to stand by and watch the KKK be the only voice heard that day. The number of community members who attended the “Let’s Get Real Rally” outnumbered the few Klansmen at the Harrison County Courthouse. The Counter Rally was viewed a great success for groups like CAEG and West Virginia’s “Not in My Town” program. The energy from these events propelled the group forward for years and its annual Martin Luther King Jr. day celebration has remained a staple downtown Elkins event for the past twenty years.

The goal of the CAEG has always been “to raise awareness”, said co-leader of this year’s MLK day celebration Jane Birdsong. The group, with help from community members and AmeriCorps service members shared music, dance, poetry, prayers, and a monolog written by Coretta Scott King about the legacy of her husband. The closing song of the celebration had everyone on their feet, holding hands, and singing together about unity and love before a community potluck began.

Also during the program, a call to action was announced by Barbra Weaner. Emotionally, Mrs. Weaner declared that with the current leadership in Washington, D.C. and acts of racism in Elkins that community needed to reinvigorate the Cultural Awareness Enrichment Group once again. She said that the issues of intolerance were just as relevant today as 20 years ago and we must not allow hate to reign again.

Twenty years after their initial action, I was looking into the same faces that had stood up to racism, hatred, and violence in Randolph County. The members have aged but continue to teach, share and love just like the first day they worked together. The goal of the Cultural Awareness and Enrichment and Group is still the same: “Make Elkins and Randolph County a climate for tolerance in a world of intolerance.”