Drive down Third Street in Elkins and you’ll see it, big and bright and full of optimism, sitting on the side of the old Talbott Glass Building. The sunny mural has greeted downtown Elkins visitors for nearly forty years. Local artist, Kenny Talbott, created and painted the mural; however Kenny isn’t credited with the idea. According to Mark Talbott, his father, Duke or “I.D.”, was reading the Pittsburgh Press one fall day just after Kenny had retired from overseeing the painting portion of the Talbott Paint and Glass business. In that particular edition was a photo of a big building in Pittsburgh that had a mural painted on the side. The story goes that Duke mentioned to Kenny he should paint a mural on the side of their building in downtown Elkins, but never thought more about it. Low and behold, later that spring, Kenny came into the store carrying a drawing he had created for his sunny mural and told Duke to just provide the paint. 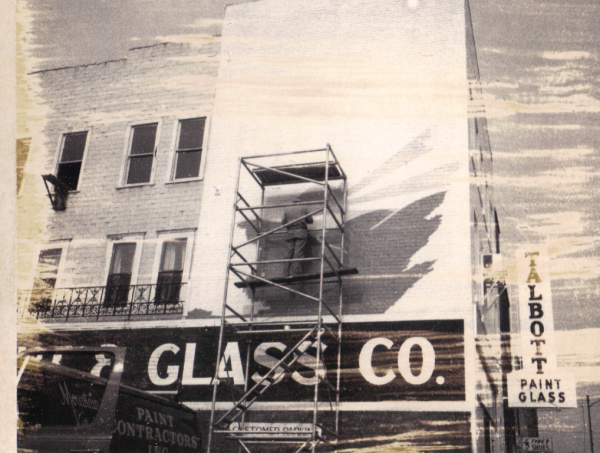 Kenny Talbott begins painting the mural on Henry Avenue in the spring of 1976.

The mural itself is 19’x40’ and features a large sun with sprouting rays and a positive message of “Smile! You’re Alive.” According to Kenny, the message just seemed like a true and worthwhile thought to pass along, mentioning that “If you’re able to read the sign, you’re alive, so you’ve got a reason to smile. There’s a lot of people worse off than you are.” Kenny, A.D. Talbott and Don Tracy, who worked on Kenny’s paint crew, finished the mural in the summer of 1976. 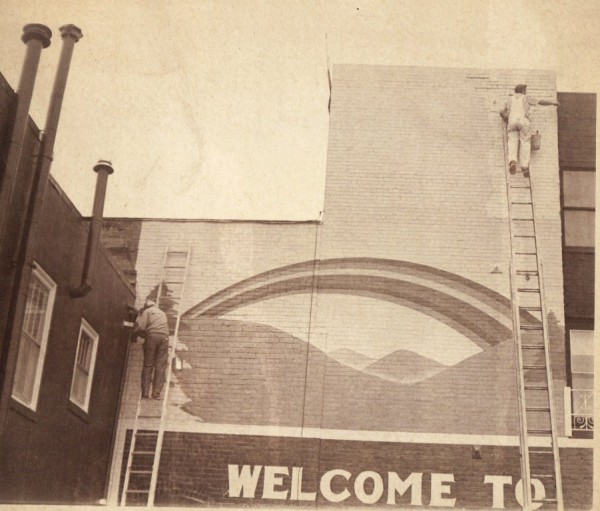 In the summer of 1977, Kenny Talbott and Don Tracy add a rainbow mural to another building face on Henry Avenue.

Every 5-6 years, Mark and the Talbott family try to have the mural freshened up and re-painted. Aaron Talbott and his sister, Cristin Terry, were the last to re-paint the mural in 2012. 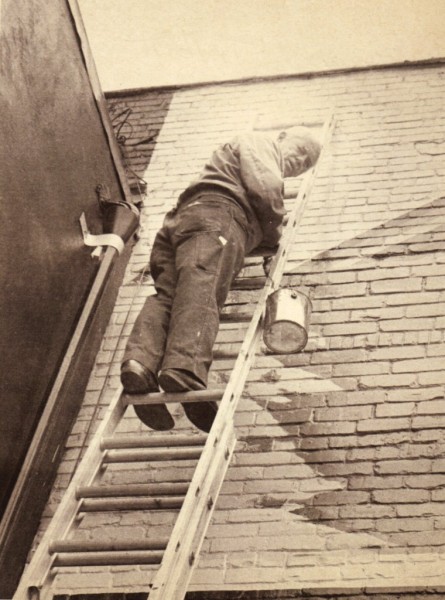 Kenny Talbott working on the placement and outline of the trees in the design.

Upon Kenny’s retirement, the paint portion of the business closed, however Talbott Glass still remains in the family on Cole Avenue. Mark’s daughter, Cristin Terry, and her husband, Justin, maintain all the services that the business was originally built on in 1906 by A. Dane Talbott. 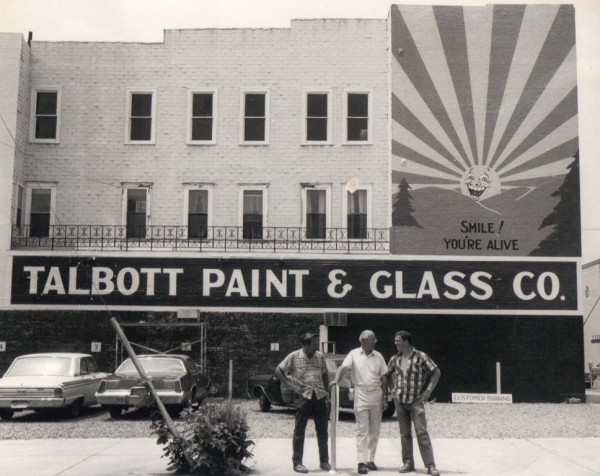 From left to right, Don Tracy, Kenny Talbott and A.D. Talbott, stand in front of the completed mural on Henry Avenue.

The Talbott mural has transformed what was once an empty wall into a bright and welcoming gateway into Elkins with an uplifting message for the whole community to share.