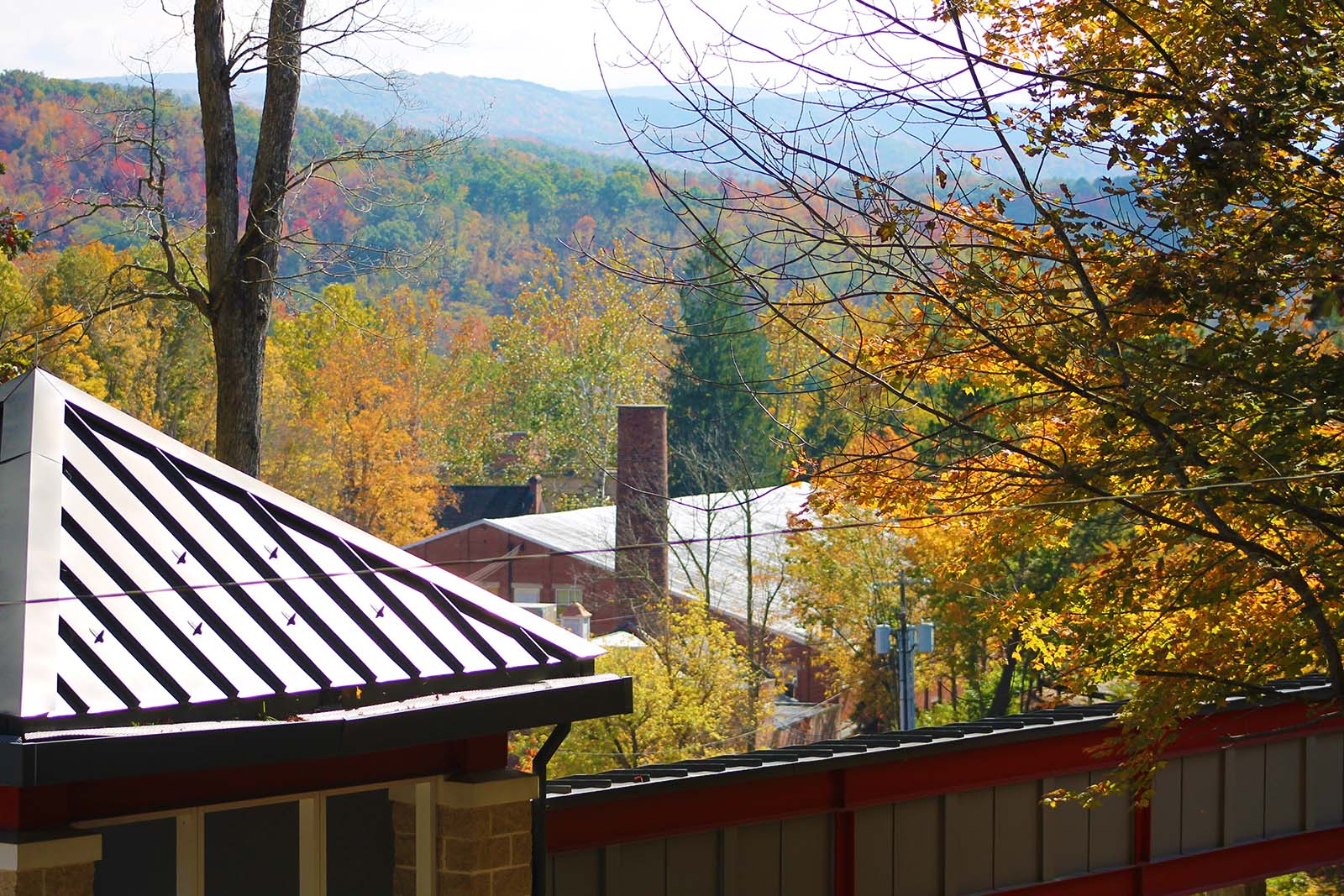 Beauty Beyond the Leaves

Busting through fallen leaves early a few brisk mornings ago had me thinking. Born and raised in West Virginia I’ve heard the jokes, stereotypes, and assumptions that seem to cling to the native roots here. I have to admit, I’ve nodded or chuckled from time to time as the digs kept coming. We joke, myself included, that Elkins and these other small towns that speckle the mountains of West Virginia are in the middle of nowhere, far from the cities and much of the rest of the world, perhaps a little out of touch at times.

In the beginning, I protest with a loud “Hey!” in response to these tasteless quips, but eventually with repetition they become background noise not worth fighting. As I experience a world so far from what I grew up with I start looking inward as an outsider, rather than outward.

Hearing the music this week all over campus, fiddles, guitars and the like, I was at first passive. “Where is that music coming from?”  I thought sitting in my room as I tried to write a paper. The music floated up and landed on my windowsill, which I immediately ignored and went back to studying. My roots suddenly felt like weightless logs.

Yet today, as I drank in every second of probably the last nice weather before winter settles in, I kicked the leaves around and thought about the violin lessons that I begged for when I was growing up. My teacher was a quiet and soft spoken until she barked that I wasn’t tapping my foot loud enough as I played. She tried tirelessly to bend and move my fingers in a way that I wanted to but unfortunately proved not able to. Every Sunday my mother drove me down some horribly dangerous back road to an old farm house for an hour and a half until eventually I realized my potential did not lie in the violin. Her house was nestled somewhere cool among trees and hills, and fall leaves. One morning we had a lesson sitting on chairs in her front yard. Grass tickling my ankles, she couldn’t tell me I wasn’t tapping along to the beat loud enough.

So as I brushed off the music before and the rude digs at West Virginia,  now I’m remembering my roots. Even if the future takes me to a far off overcrowded city, I’ll remember to appreciate the fiddles and fall leaves. The beauty here is not just in changing leaves, it is in my violin teacher who brought me out to her front yard and it is still reminding me today to appreciate my roots.

Marlene Ridgeway is a junior at Davis & Elkins College and the editor The Senator student newspaper. She wrote this during the Augusta Heritage Center’s October Old Time Week