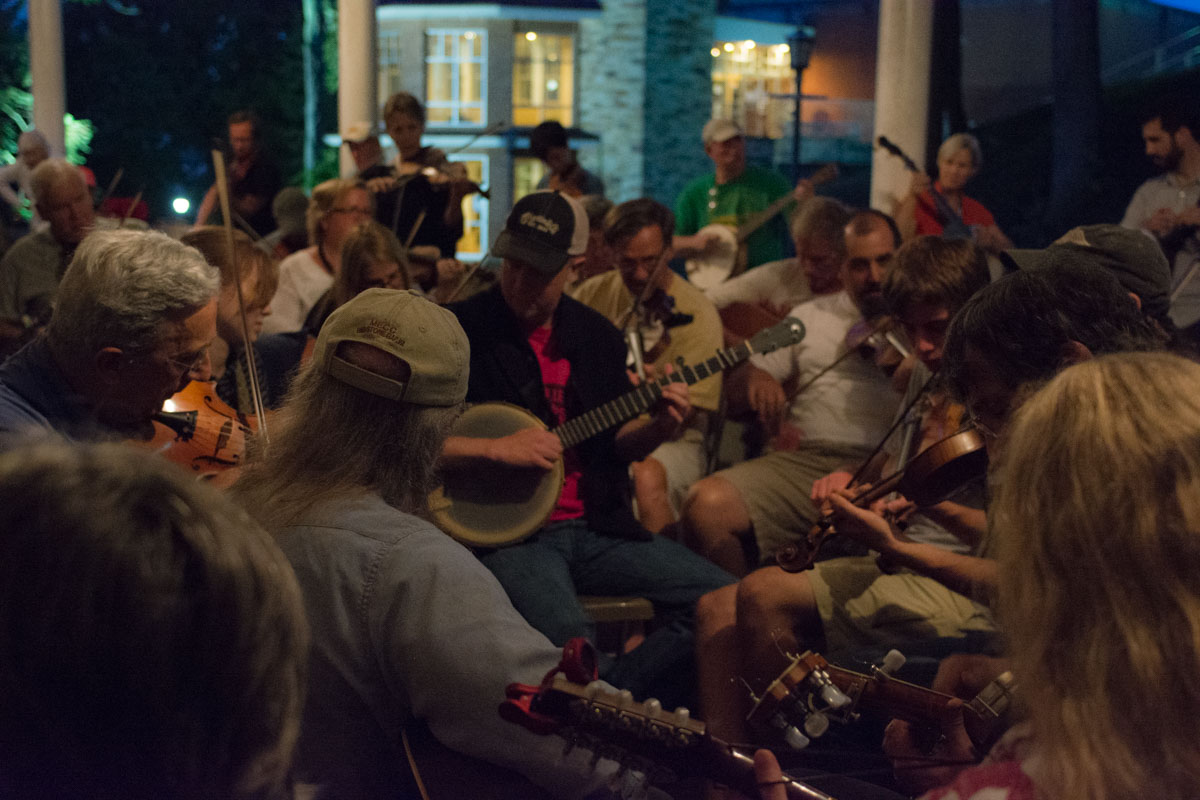 There’s a single outcome when people join together under a common goal: success. That’s what The Mountain Music Trail has found lately. The Mountain Music Trail has managed to take the individual success of musicians and venues across the region and unite them together under one vision and in doing so has created an even greater story of success for the entire region.

This vision of The Mountain Music Trail is simple:

To promote, present, and sustain opportunities for engagement in the authentic mountain music traditions of West Virginia.

Here in Randolph County, we’re lucky to be home to some great musicians and venues along the trail. While Elkins is home to the Augusta Heritage Center and the Thursday night jam at Big Timber Brewing, the fun doesn’t end there. Way down valley there’s fun to be had in Helvetia and at the Brazenhead Inn.

Highlighting stops on The Mountain Music Trail in Randolph County are two great videos produced by the folks at West Virginia Public Broadcasting and narrated by the great Ben Townsend. Check them out and consider visiting one of the many stops along the trail in Monroe, Greenbrier, Pocahontas, Randolph, and Tucker Counties.

The first video starts by highlighting the Augusta Heritage Center. The Augusta Heritage Center works to pass traditions on to new generations through a year round schedule of workshops, dances, jams, and events. The highlight of the year is the five week summer session that is comprised of week long themed workshops about everything from Cajun fiddle, honky tonk vocals, bodhran, to clawhammer banjo. Also happening during the summer are nightly dances, concerts, and jams. The later half of the video highlights the college’s Appalachian Ensemble. The group was recently highlighted on the podcast “Inside Appalachia”.

The second video highlights two well kept secrets. While I was familiar with Helvetia after visiting for Fasnacht, the Brazenhead Inn was completely new to me.

The musical surprises of Randolph County are just the tip of the iceberg of the beautiful musical traditions of West Virginia. Now, thanks to the Mountain Music Trail we all have a way to locate and share those traditions with the world and find a pathway to sustain traditions long into the future.