Dr. Robert McCutcheon, professor of English and religion at Davis & Elkins College, has been awarded a $15,000 Appalachian College Association Faculty Fellowship to conduct research into the literature and culture of Kenya.Titled “Kenyan Call: Vocation in the Fiction of Ngugi Wa Thiong’o,” McCutcheon’s project explores ways in which vocation is expressed in modern Africa. His research will focus on Ngugi Wa Thiong’o, a Kenyan writer whose novels follow the themes of liberty and identity in terms of vocation.

“In the Bible, God’s call is clear; it arrives as a voice to patriarchs and prophets,” McCutcheon says. “According to Paul, and later Luther, God equips people, sometimes unlikely ones, to a place in society — to a vocation. That doesn’t seem to happen these days, and the writers I have studied from Shakespeare to Ngugi question whether or how a call comes through. In Africa, Christianity and its call can seem compromised by the colonialism they arrived with. Yet the church I have found there is vibrant.” 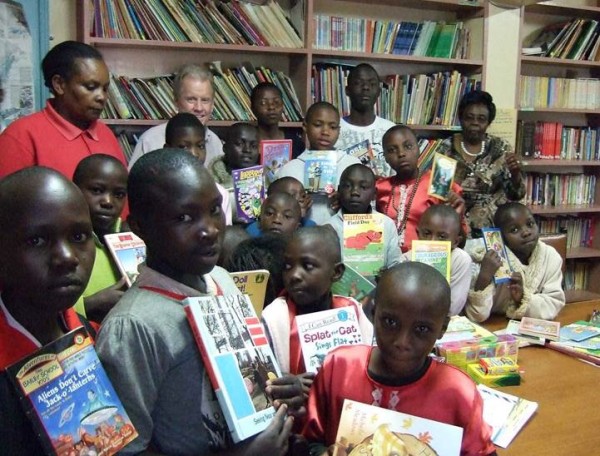 “Scholars suggest that for us moderns, call can be ‘mediated’: we gain a sense of our purpose not directly but rather though friends, family and others. My teaching at D&E has provided a path for me to answer my call to discipleship.”

McCutcheon will be based at the Presbyterian University of East Africa as a guest lecturer this spring. He will also visit orphanages, schools and nursing homes sponsored by West Virginia’s sister presbytery in Nyeri.

The theme of vocation mirrors a current Davis & Elkins initiative, in conjunction the Lilly-funded Network for Vocation grant, to enable students to frame their educational experience in terms of purpose in life. McCutcheon hopes his research will further this undertaking when he returns to his teaching this fall. His course in world literature will investigate whether the independence granted postcolonial societies since roughly 1960 is genuine.

Last summer, McCutcheon chaired a panel on Ngugi Wa Thiong’o and presented the paper “Invisible Voices: The Call of Vocation in ‘A Grain of Wheat’” at the African Literature Association Conference in Bayreuth, Germany. As a result, he was commissioned to write a review essay for the ALA journal on the critical reception of several major African novelists.

McCutcheon’s interest in Kenyan culture dates back to 2006, when he first visited the Africa continent. Since then, he has participated in West Virginia Presbytery Friendship Missions to Nyeri, Kenya, in 2011 and 2013.

In January 2017, McCutcheon will lead another group of Davis & Elkins students to Nyeri in Kenya’s Central Province in the Winter Term course Kenya Mission.

In addition to teaching English and religion at Davis & Elkins, McCutcheon co-led a Nicaraguan Study Tour for students in 2014 and served as coordinator of study abroad opportunities and chair of the Phipps Lecture Series. He has participated in numerous sessions for scholars including the Salzburg Seminars “Libraries in the 21st Century” in Salzburg, Austria in 2004, and the Presbyterian Church (USA) Conference for Clergy and Laity in Geneva, Switzerland, in 2005. Among his ACA curricular development projects are “Exercising the Mind: Ancient Greek Philosophy,” at the Center for Hellenic Studies in Washington, D.C., in 2007; “Sacred Spaces” in Greece in 2006; and “Art and Architecture in Ancient Greece,” at the Center for Hellenic Studies. He is also the author of a number of scholarly articles and three novels, “Touched Out” (Bellissima Publishing) 2008; “The False Start” (Bellissima Publishing) 2007; and “The Starting Block” (Bellissima Publishing) 2006.

McCutcheon will make a presentation on his work in Kenya at the ACA Annual Summit in the fall.