Seth and Erin Young make up the blues-rock duo Blackwater Mojo. This summer marks their second northern European Tour. They will periodically check in with us for the next few weeks with reflections of rural life at home and abroad as they play gigs and explore Iceland, the Netherlands, Germany, and Belgium.

As musicians, Seth and I are often asked why we choose to live in Elkins, West Virginia as opposed to larger communities that might have more of a scene, such as New York or Nashville. While we enjoy visiting those places and connecting with the musicians in those communities, we strongly believe that Randolph County is as good of place as any to call our home base. Between entities like the Augusta Heritage Center and passionate, supportive live music venues like El Gran Sabor, Elkins provides a great home to those seeking to create. Additionally, it serves as an important reference point to those who seek to understand our sound and who we are as people and musicians. We tour a lot, and traveling, both within the US and abroad, is also important to helping us discover the musical world and our place in it. When we tour we find it important to play the cities, yes, but also discover the rural areas which are often just as enriching and stimulating as their urban counterparts. We look for the oft-undiscovered pockets of cool, much like the ones that exist throughout West Virginia. What is the Elkins of New York or Texas or Holland or Great Britain? 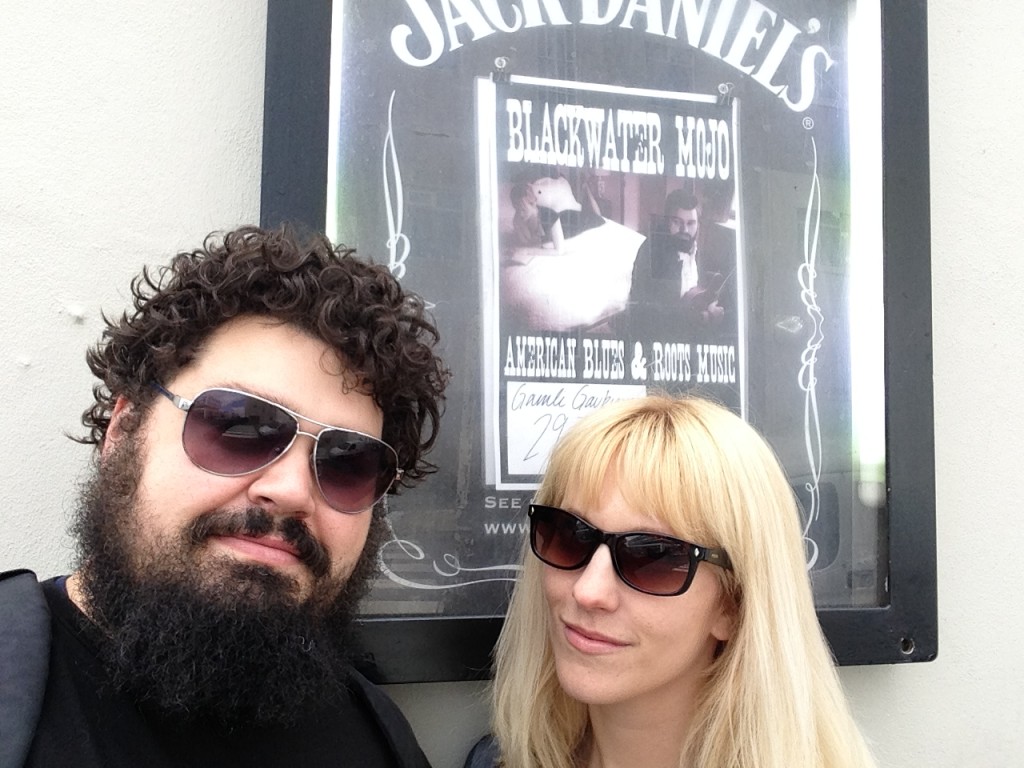 Seth and I benefit from having dependable full-time jobs that allow for summers off, and earlier this year we began planning our second tour of Northern Europe; encompassing Iceland, the Netherlands, Germany, and Belgium; all countries with rich musical traditions of their own. We seek to bring a little piece of Randolph County to these places. America is a large and diverse country, and we enjoy proving that not everyone from the US lives in – or wants to live in- Brooklyn or Washington DC or Los Angeles.

As we did last year, we began our tour in Iceland. Icelandair provides a great service that allows for a layover of up to seven days with no additional flight costs, and we take advantage of this opportunity whenever possible. Iceland is a starkly beautiful country with friendly local residents and a rich live music scene, both in its capital city of Reykjavik and beyond. Last year when we visited Iceland we only played in Reykjavik, but this year we were able to arrange gigs in the northern part of the country as well, allowing us the opportunity to travel the entirety of route 1, Iceland ‘s “Ring Road”. We rented possibly the sketchiest hatchback ever and were on out way. 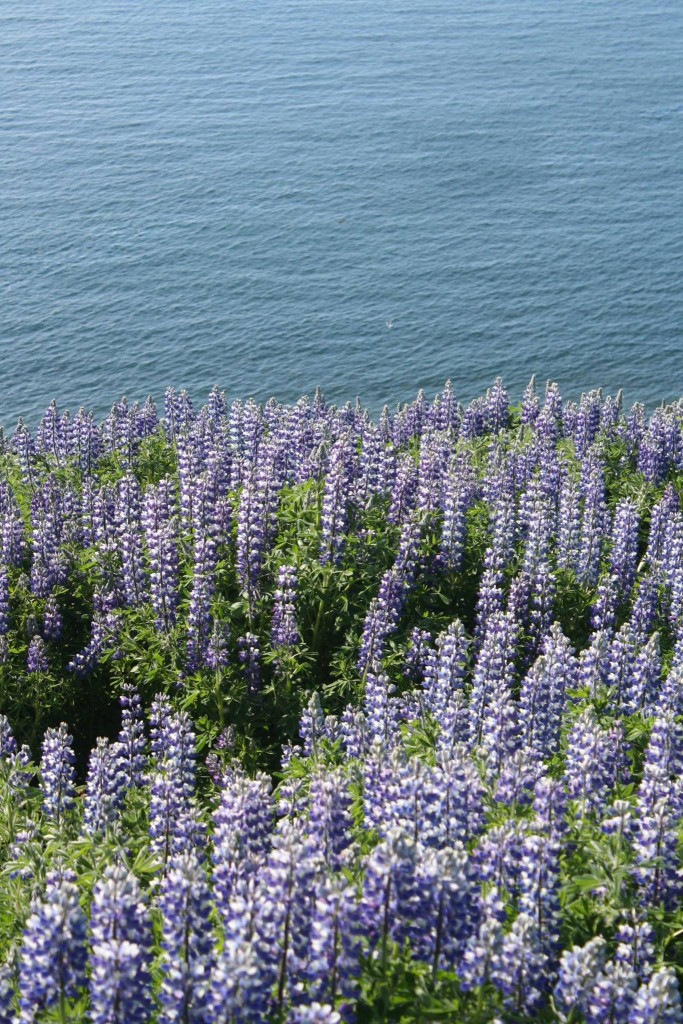 We arranged the Iceland stint of our tour to begin and end in Reykjavik on our flight-adjacent days, providing us plenty of time for gigging in and exploring other parts of the island nation. We landed at Keflavik International airport late in the evening on June 24, negotiated the aforementioned rental car, and headed towards Reykjavik under the light of the midnight sun.

Our first gig in Reykjavik was at Dillon Whiskey Bar, a popular bar with locals and tourists alike with an excellent whiskey and beer selection. One of my favorite aspects of touring internationally is realizing how similar it all is to playing at home; the sound tech assesses your needs (they usually like us, as lo-fi stomp rock is an easy set up), a surly bartender gives you whatever cheap draft is free for the musicians, and inevitable conversations ensue surrounding clubs you’ve all played or seen shows at, music you are listening to, and comparing your gear of choice versus whatever you are dealing with on the road. Pretty standard stuff, really. Reykjavik is the largest city in Iceland, but still only has a local population of around 120,000. Since Dillon is right on Laugavegur, the main street through town, it draws a lot of tourists and we met people from all over. One thing I have noticed in playing European clubs is that many people feel happy to come out to hear a band that they have never heard of before playing tunes they are unfamiliar with, whereas in the states you often have to battle for people’s attention if you aren’t a top-40 cover band. It was a great show and we made a lot of new friends.

Iceland in the summertime has a way of seriously messing with your sense of time due to the 24 hours of daylight. For Seth and I, this generally means that we don’t eat or sleep very well, but the natural beauty and kind hearted people make up for it. 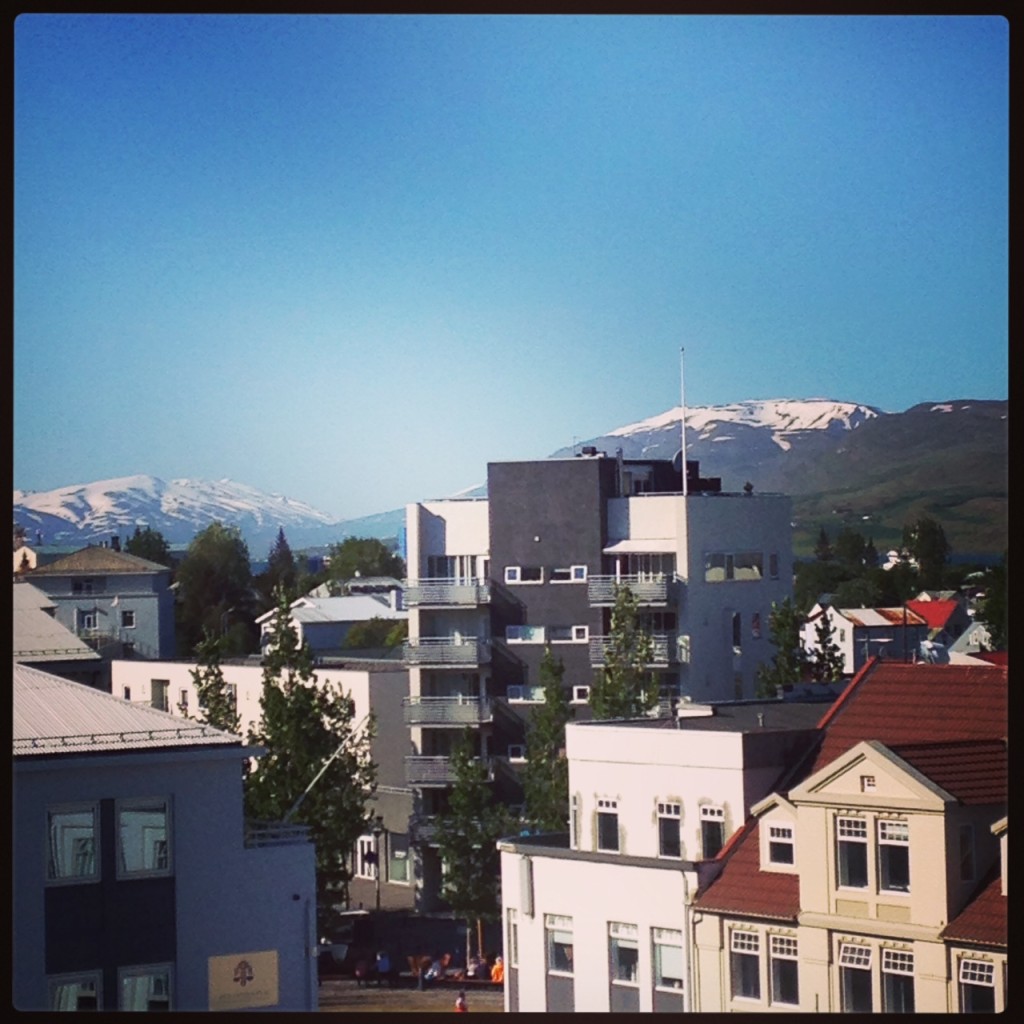 From Reykjavik we headed North up route 1 to Akureyri, a town of about 17,000 (second largest) that neither of us really learned how to properly pronounce. We played at the bar of a popular (and very hip) hostel named Backpackers, which was also kind enough to provide us with lodging for a few nights while we played up north. Akureyri certainly feels smaller, but was still a popular tourist destination, particularly for those interested in whale watching and fishing. The show was packed and people seemed to enjoy the music. 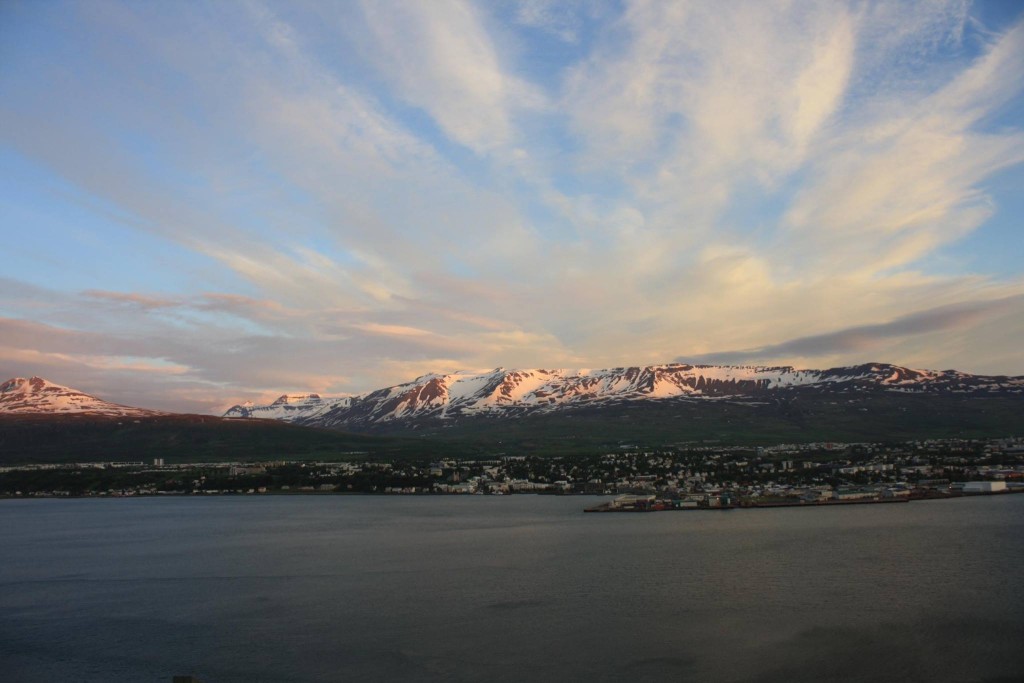 Midnight sun-outside of Akureyri at around 3:00 AM.

The next day we traveled to nearby Husavik for a show at Gamli Baukur, a beautiful driftwood bar/restaurant with a wonderful view of the Northern coast that provided us our first real meal in days. We attacked the perfectly grilled arctic char with the expected speed and enthusiasm of people who had subsisted on nothing but beef jerky and peanuts for a few days. Husavik is a small town, and it felt small in the best way. One of the best elements of playing small towns, both at home and abroad, is that if you are what is going on for the night everyone in town comes out for your show. In Husavik we were really able to feel a sense of community in the way we do when we play in Elkins or Thomas or any of the small towns in our region. It was very cool and inspiring, and the enthusiasm we received from the crowd fueled a great show in spite of the fact that a seagull pooped in my in my hair while we were eating dinner and I knew it could be awhile before I had the chance to shower again.

We drove from Husavik back to the hostel in Akureyri and slept for a few hours before rising early to hit the road for our largest drive day, about twelve hours around the other side of the island. We didn’t really have a place to stay for the night, and being notoriously frugal we decided to just pull off the road and catch a few winks in the car when we got tired. We stopped a few times along the way to get out and stretch our legs, including checking out a pack of reindeer and an arctic fox and our favorite attraction, Jokulsorn, the iceberg lagoon on the south eastern side of the island. It was cold and windy and rainy and we got no sleep in the car but we had a lot of fun regardless. 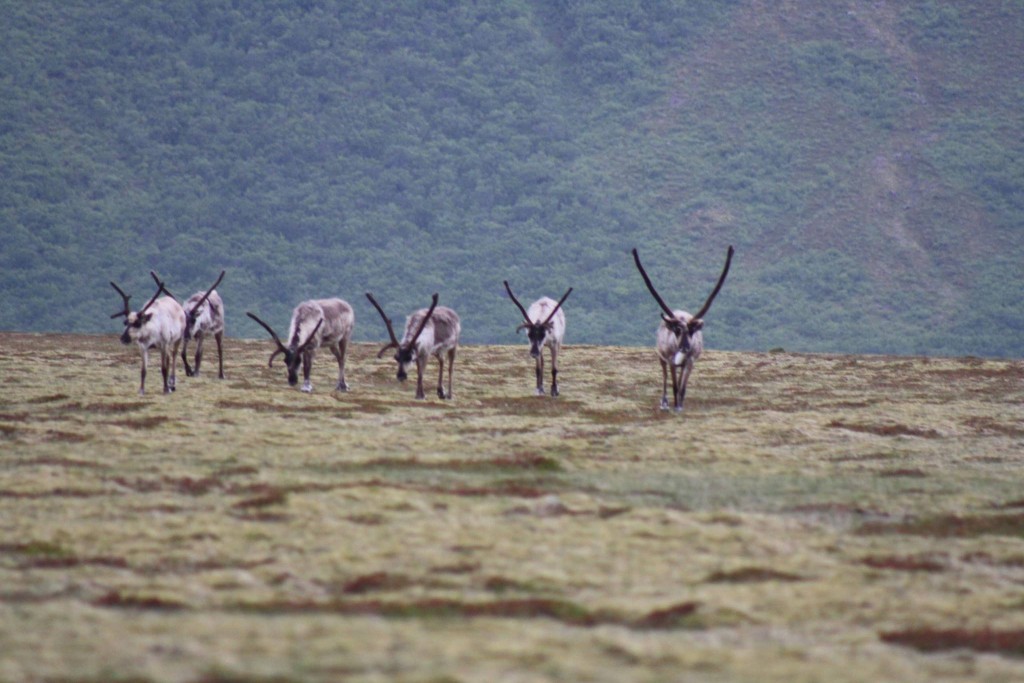 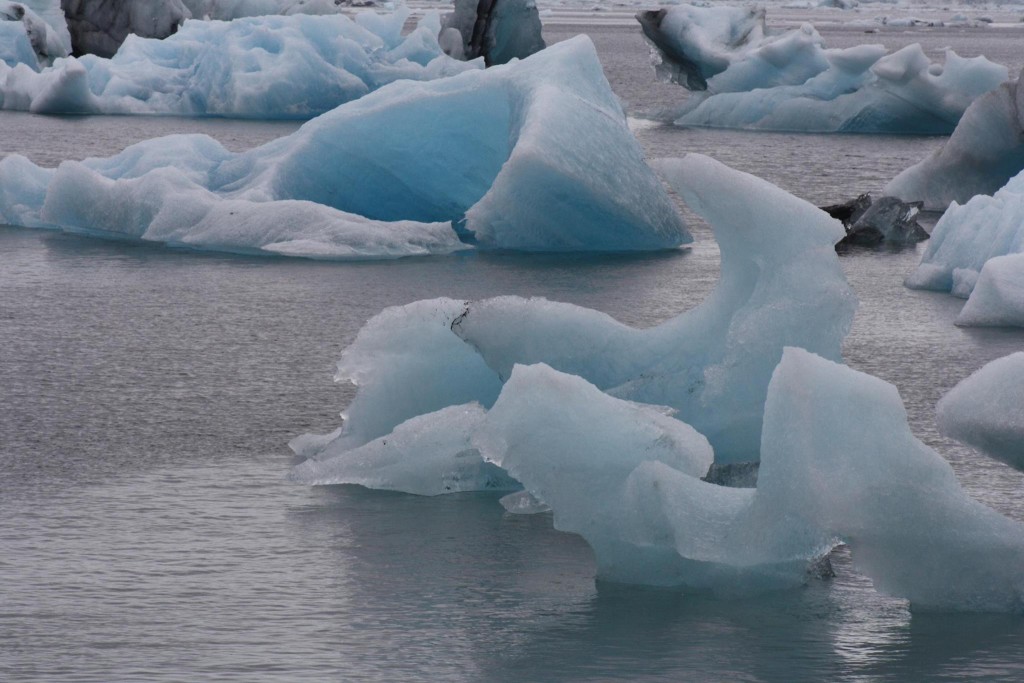 Jokulsorn, the iceberg lagoon on the south eastern side of the island.

On Monday night we returned to Reykjavik for a show at Gaukurinn, a bar we fell in love with when we were in town last year and vowed to book a show at this time. It is a classic live rock & roll bar in the best way; dark and loud with that perceivable level of cool nonchalance that always makes me feel like somewhat of an awkward dork. It is a great room for live music with a large stage and a truly fantastic staff (seriously- the owner let us crash with him the next night, a truly brilliant gentleman.) We split the bill with our new friend Daniel Hjalmtysson, a Reykjavik local and a very talented singer-songwriter.

It was another great show with an energetic crowd. We drank a few beers and shots of all sorts of delicious local liquors (good thing we walked to the club!) and had a great time meeting the locals and talking to them about Iceland and what it is like to live there: the lightness in the summer, the darkness in the winter, the constant deluge of tourists. It was truly heartwarming, and as an outsider I felt accepted and happy in a way that I hope others do when they visit rural West Virginia. It was a truly wonderful night that made me reflect. What makes a place great, first and foremost, is the people. We play large cities and small towns and the times that I always seem to remember most are the ones where we are interacting with other people. One of the things I enjoy most about living in Randolph County is the people; we really are, as a whole, an honest an lovely lot who are genuinely caring and considerate, and I want to change the stereotypes and generalizations people make about West Virginia.

I write this from our apartment in Amsterdam, where we arrived yesterday and which will be our home for the next month while we run around the Netherlands, Germany, and Belgium. And will post intermittent musings while we go.