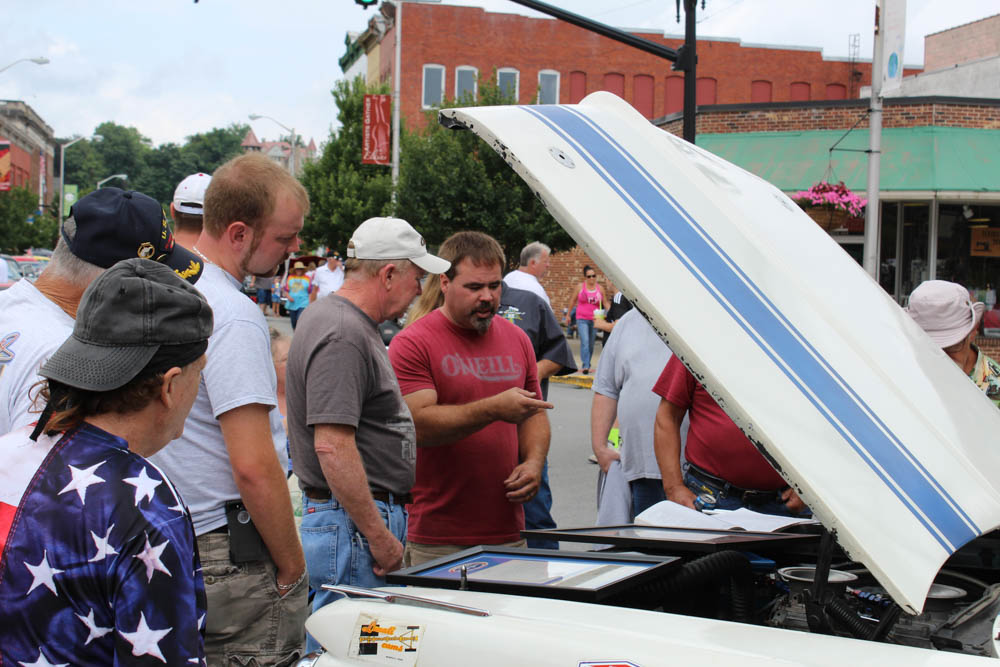 In 1984 the 74 members of the Mountain State Street Machines car club elected Jim Knicely as President. I’ve enjoyed getting to know Jim over the past few years while learning the ins and outs of the auto extravaganza held in Elkins every Fourth of July weekend. You see, four years ago, the Chamber of Commerce took over organizing this beloved and long standing event.

Just a few days ago, I spent time talking to Jim about how the car show got started. He said “As all things worthwhile are, getting the first show started was not an easy task.” Working together with Mayor Joe Martin, several city officials, and Phil Gainer of Elkins Parks and Recreation, the club overcame a major hurdle in being able to host the show in the City Park. The car show has been held in the City Park every year since its inception, with the exception of 2008 and the most recent 2015 shows. The car show was moved to Downtown Elkins during those years due to too much rain making the park unusable.

The car show was started as a way to give back to the community and allow car show enthusiasts a place to show off their cars and have a good time. It was important to the club to not be viewed as “hot rodders” by the community, which is why the park location was ideal. It was also important to give back and they did so in many ways. Jim said, “We were just regular people who didn’t have a lot of extra money individually, but this event was our way of giving back and leaving a legacy.” Funds from the first show were dedicated to a club member, Marshall White’s, Leukemia fund. Other than that, the event has never made money to directly benefit the car club beyond the expenses and creating a reserve for funding the next year’s show. Throughout the years, thousands of dollars in profit from the car show was used to help fund upgrades to the City Park facilities such as the bathrooms, pavilion, paving, and electrical hookups.

The club had several great members throughout the car show years and Jim told me about the members who stuck with the club for 26 years before handing it over to the Chamber.

Jim also expressed how grateful he was to his son, Jamie, for sacrificing his Fourth of July weekends to help make the car show a success.

Jim is a real people person, especially once the show started. His wife Suzanne would step in and keep everything running smoothly. He said his favorite memories were making life-long friendships and seeing those friends every year.

The show features a cruise-in on the Friday before the show, which typically includes entertainment and fireworks. I hope you saw Ryan Cain and the Ables this year because they were awesome! The Saturday and Sunday portion of the show includes door prizes, games, and vendors. Four lucky participants go home with one of the major door prizes; an engine, transmission, wheels package, or tires package.

The economic impact of this event is significant. Vendors, downtown businesses, hotels, restaurants, and service stations benefit significantly from this show every year. Not only does it bring in hundreds of classic cars, but it brings thousands of spectators and car enthusiasts as well. This is why the Chamber of Commerce was chosen by the car club to take over the show. Its impact is too significant to let it fade out. For the past three years, I have had the pleasure of organizing this event and listening to the participants and spectators talk about how much they enjoy this show and love coming to Elkins.

Much like Jim, I am grateful for the nearly 50 volunteers it takes to host this event each year and the continuous support of our sponsors. As the Chamber Director, I am grateful that this event can impact so many of our local businesses. Jim wasn’t able to make it to this year’s show, the only one he’s missed in 31 years, but hopes to make the trip from Florida to Elkins in July 2016.

Much like Jim, I am grateful for the nearly 50 volunteers it takes to host this event each year and the continuous 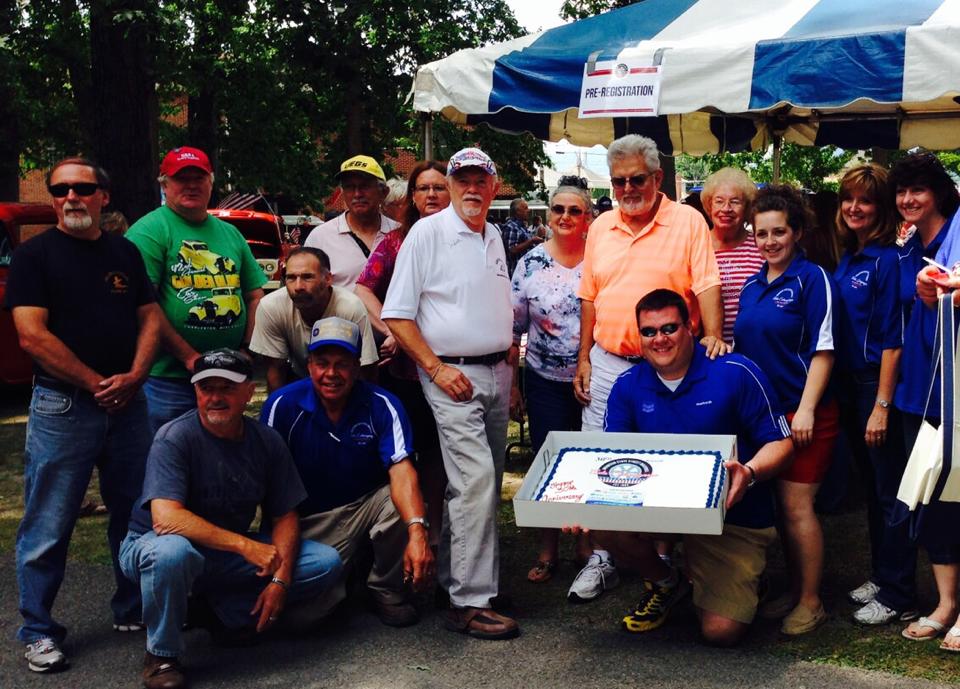