The Davis & Elkins College Board of Trustees has named Chris A. Wood, 51, currently Vice President for Advancement at Wesley College in Dover, Delaware, as the College’s 15th President, effective Aug. 1, 2016. He succeeds G. T. ‘Buck’ Smith, who will again retire as President-Emeritus after serving six of the past eight years as President.

In announcing the appointment, Board Chair June B. Myles, said, “Early on in our year-long national search, Chris Wood rose to the top of our presidential possibilities. After a year of considering more than 60 candidates, we are delighted to welcome Chris and his wife Lisa back home to West Virginia. They bring to D&E the exact qualities we have been seeking in a new president, and we look forward to him leading us into the future.”

In response to the Trustees’ invitation, Wood commented, “It is clear I was not a typical ‘establishment’ candidate to be D&E’s president. Yet my life’s journey has taken some surprising turns and provided unique experiences and sharpened skill sets that will serve me well in this opportunity-laden adventure. I offer leadership, experience, passion, and a genuine love and respect for the transformative education that is the hallmark of Davis and Elkins College as a liberal arts, church-related institution.

“Davis and Elkins College embodies the things that I highly value and cherish about higher education. First, D&E offers its students a first-rate liberal arts education. Second, the college maintains a strong connection to its faith-based roots. And finally, the College’s physical location is in the very heart of my beloved home state. While I have not been actively seeking a college presidency, Davis and Elkins’ unique attributes have proved so enticing and captivating that I enthusiastically accept this opportunity.”

Reached for comment on the Trustees’ decision, D&E’s current president Buck Smith said, “I couldn’t be happier with the choice of Chris Wood as my successor. He is a person of generous spirit who delights in meaningful interaction with others – especially students. He has a high capacity to listen and to inspire. And he is blessed – as am I – with a life partner who will help him serve the College with distinction. D&E will be in very good hands going forward.” 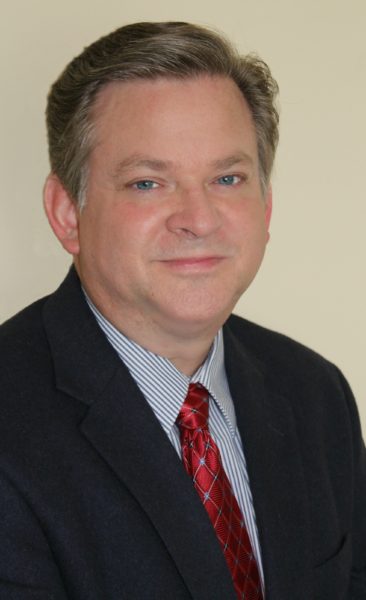 Chris. A Wood will assume office as President of Davis & Elkins College on August 1st, 2016.

He has been Vice President at Wesley College since 2009. During his time there, total giving increased more than 400 percent. Having designed and implemented Wesley’s first major comprehensive capital campaign, as President of D&E he now will oversee not only the entire college enterprise, but also successful completion of the $25 million McDonnell Challenge and the College’s $100 million Secure the Future Campaign.

After serving several United Methodist pastorates in Illinois and Maryland during a 13-year period, Wood returned in 2000 to West Virginia, where he served six years as Executive and Program Director of Mission West Virginia, Inc., a nationally recognized organization that initiates and oversees collaborative work across the Mountain State between governmental agencies, community organizations, the private sector, and faith-based organizations. Before going to Wesley, he served three years as Vice President of Advancement at the University of Mount Olive in North Carolina.

The President–elect and his wife, Lisa (Messinger) Wood, also a Huntington native, have been married 29 years and have two daughters, Lacey, 22, and Lexi 18. They will reside in the D&E president’s home, Hearthstone.

D&E in Position of Strength

In commenting on D&E’s present academic and financial strength, Board Chair Myles noted, “By all accounts, the past eight years have witnessed a remarkable renaissance at Davis & Elkins, including in the academic program, student life, enrollment, finances, and facilities. We clearly are in the strongest overall position since the College was founded 112 years ago.

“Enrollment is up by more than 50 percent, the faculty and academic programs have been greatly enhanced, students are increasingly distinguished in their academic achievement, we operate with a balanced budget, roughly $12 million has been invested in facilities, and, unlike most other colleges and universities, we have no debt.”

Wood’s nomination was presented to the Board of Trustees by Trustee William Nuttall, of Chattanooga, Tennessee, Chairman of the Presidential Succession Committee. He indicated, “Mr. Wood was first recommended to us in August 2015 by former Wesley College President, Dr. William N. Johnston, who had served as D&E’s Vice President for Development from 1988-1995.

“We informed Chris of his nomination and, in September, received his letter of application and résumé. Following our review of some 60-plus candidates, he was immediately a top choice by several members of the Succession Committee. Following a telephone interview in mid-November, he remained among our leading candidates for further consideration.

“We spent the past several months interviewing and vetting candidates. We invited three to campus — including Chris — for in-depth conversation in early May. Two weeks ago, we invited him and his wife, Lisa, back for a second in-person look. It is clear he fully meets the five ‘Presidential Qualities’ we are seeking as outlined in the Presidential Profile: visionary/forward thinker; financial/business acumen; fund raising; ethical; ability to inspire.”

The 10-member Presidential Succession Committee included seven members of the Board of Trustees and three members of the Faculty. In addition to Nuttall, trustee members were Karen Berner of Yardley, Pennsylvania; June Myles of Redding, Connecticut; Reginald Owens of Memphis, Tennessee; Don Robbins of St. Augustine, Florida; Dick Seybolt of Monkey Island, Oklahoma; and Paul Stirrup of Durham, North Carolina.